For tech enthusiasts like us here at coiski, this time of year is always marked the calendar. Following its usual routine, Apple’s long awaited event finally arrived yesterday and has added major updates to its lineup. Although some of the news was leaked online these past few weeks, Apple still managed to shock the world, as always.

New year, new iPhone! What most people expected to be another “S” year for the iPhone line ended up being a redesign for the most popular smartphone and becoming an all new iPhone 8.

The most obvious change was the casing, as Apple has adapted an all-glass design for the new generation. Touting “the most durable glass ever in a smartphone”, Apple is instilling hope that the device won’t crack when placed on a table. Not only is it aesthetically pleasing, this new redesign has paved the way for Apple to (finally) adopt wireless charging! So, say goodbye to those messy cables when juicing up your new shiny toy.

I shattered it already by reading this tweet https://t.co/kSAhTN3snY

Upgrades arrived all throughout the iPhone 8 and 8 Plus, including updates to “the world’s most popular camera” and a better Retina HD display now with True Tone technology. Available in silver, space gray and new gold option, the iPhone 8 and 8 Plus will be available in 64GB and 256GB configurations so you can finally stop deleting those old memories. Preorders begin on September 15th, with availability beginning September 22nd.

Overall, Apple took a much needed step that wouldn’t disappoint content creators and everyday users who might have expected less of the iPhone 8. 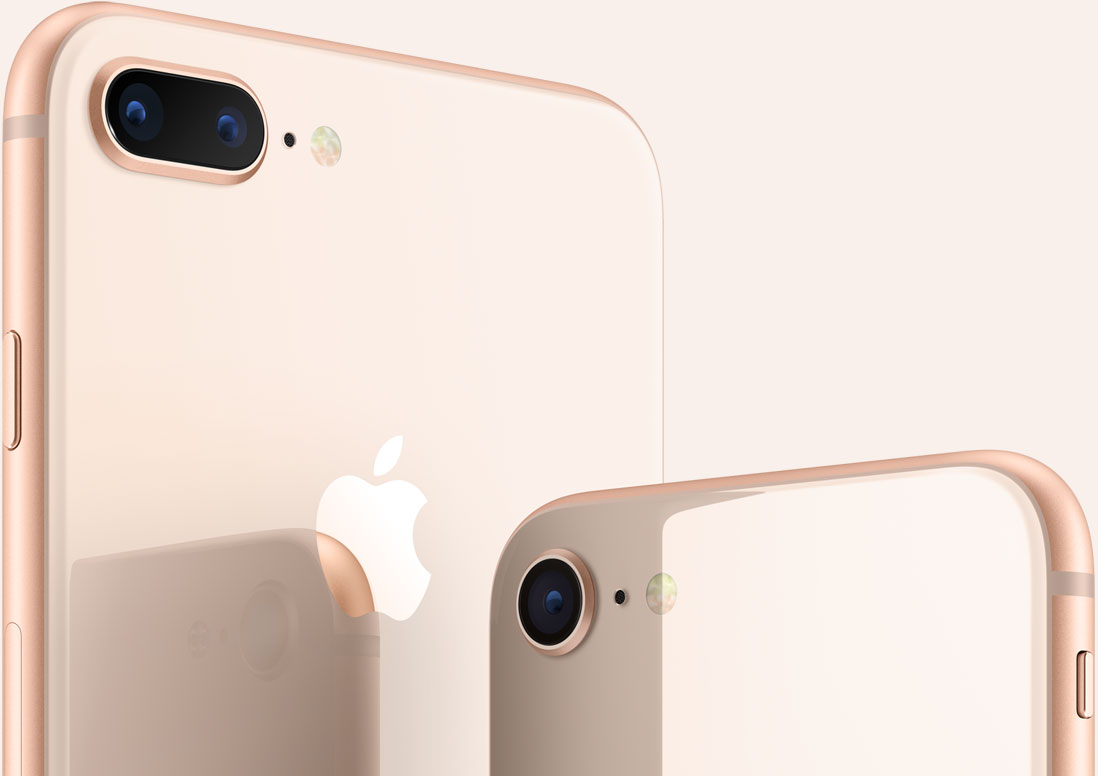 As Tim Cook took center stage in the new Steve Jobs theatre at the new Apple Park, he uttered the words of one of the most influential and revolutionary creators of all time, Mr. Steve Jobs himself, and mentioned there was “one more thing”. With viewers and audience members on the edge of their seats, Tim Cook officially unveiled the iPhone X for the 10th anniversary of it’s most successful device, the iPhone.

After months of speculation and leaked software code, Cook finally confirmed the new edge-to-edge design wrapped in a surgical-grade stainless steel body. With a vertical dual-camera, this device was what everyone was waiting for. For years, Apple had been hesitant to push the boundaries of its iPhone screens, until the Plus device came out in 2015. Now, two generations in, that just wasn’t enough for iPhone users. Reports had been swirling for months about a possible edge-t0-edge screen with OLED technology, something that competitors like Samsung have already featured. As more and more leaks came out in recent months, this keynote proved many of them to be true.

Standing a bit taller than the iPhone 8, this  5.8″ iPhone X ditched the Touch ID unlocking feature and has introduced Face ID. This new tool will enable users to unlock the phone, confirm Apple Pay uses and even create AniMojis. Although it brings up security concerns, users have been promised that safety and privacy are a top priority for Apple.

First up was Apple’s newest best seller: the Apple Watch. Just two years since the first generation released, Apple touted the fact that it had surpassed companies like Fossil and Rolex to become the number one selling watch in the world. Its best selling point has been its integration with healthy and active living. With some estimates putting the number of Apple Watch sales at over 11.6 million, that number will easily soar sky high.

Updates to the software and new device will bring cellular connectivity to the wearable so users won’t have to depend on having a phone nearby to use the watch separately. Along with that update, a handful of new options like band color, watch face and watch finish were announced.

On the more quiet end of the morning, Apple made a much requested upgrade to their Apple TV. Now, you can rent, stream and watch content in 4K HDR. With more and more television content using 4k, Apple has finally adopted the ultra clear resolution for its streaming device.

In addition to all these announcements, iOS 11 had a slew of updates as well, which will arrive on September 19. So be sure to get your devices backed up and ready if you want some new features and tools. Out of everything you saw, what are you most excited for? Let us know what you think about Apple’s big event down below!