Coachella kicked off this weekend with some performances from artists, such as Kendrick Lamar, Future and surprise guest Drake. But judging from an Instagram post that has since been deleted, it looks like the latter’s Coachella experience got spoiled by a country club near the festival’s campgrounds.

In the post (seen below), Drake takes shots at The Madison Club – a vacation hotspot for A-listers, like Frank Sinatra, Cary Grant and Bob Hope – for his unwelcoming time spent at the country club, describing it as “the most offensive place I have ever stayed at in my life…”. 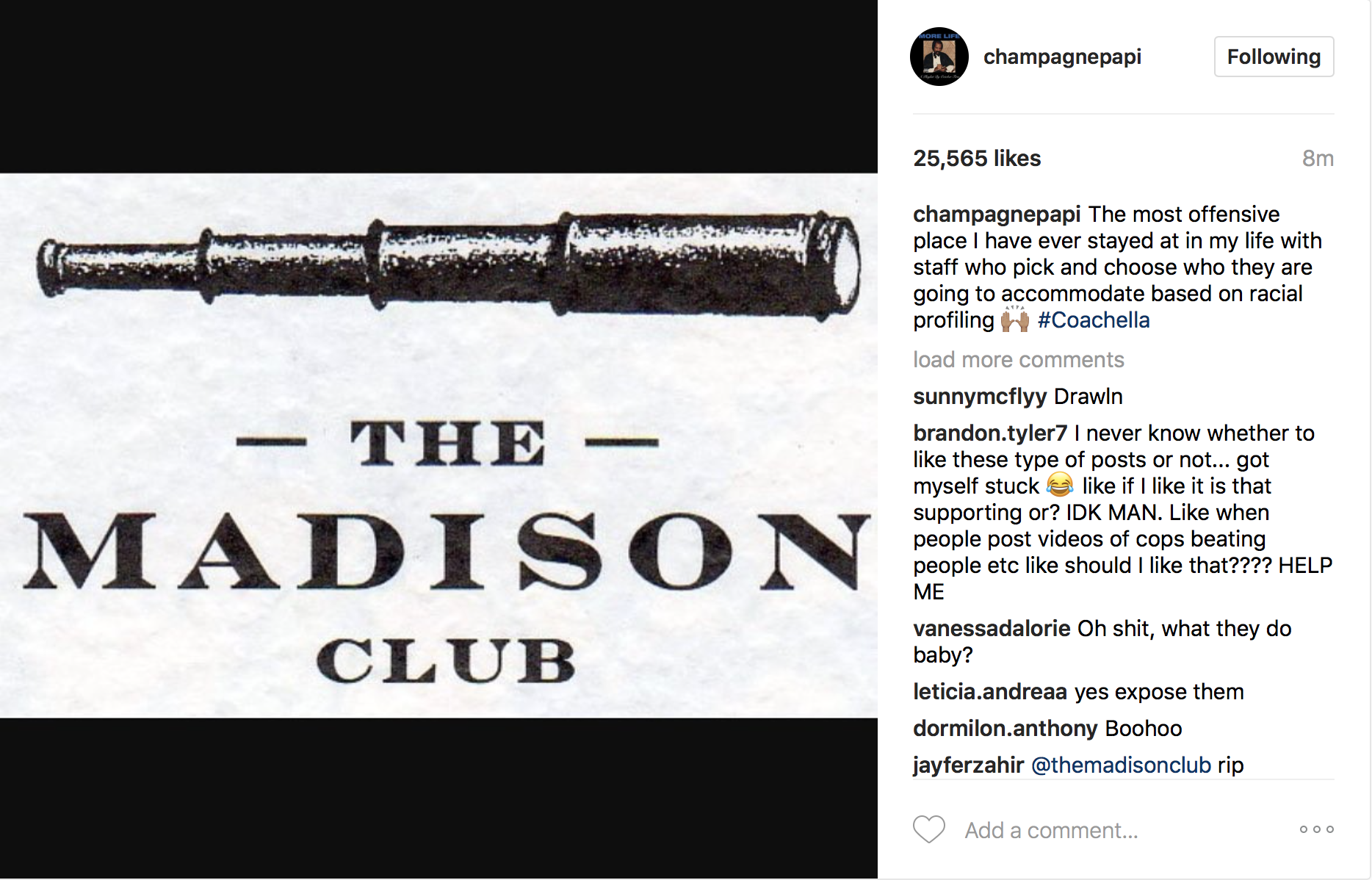 He did not disclose any specific incidents during his stay at The Madison Club; however, soon after the post was deleted, fans were seen leaving harsh reviews of the country club on different travel sites.

So all y'all stayed there too, or? 😂 pic.twitter.com/2iMa3OTBWi