No matter who you are and what you do, if you slip up on live television chances are someone saw you and you’ll be made into a meme or the next viral joke. NBA superstar Dirk Nowitzki was the latest victim on Bleacher Report’s Twitter account after he threw up an airball against the Timberwolves this past weekend.

One Mavericks super fan (and owner) Mark Cuban took exception to the fact that Bleacher Report’s social media team thought it would be funny to joke about a legendary player like Dirk. Mr. Cuban decided to defend his franchise superstar by personally emailing the president of the Turner company, which owns Bleacher Report. Cuban also went ahead and screenshotted the emails between he and David Levy from Turner – which also included NBA commissioner Adam Silver – and showed them off to the Twitter universe. After some harsh emails, the tweet was deleted alongside a tweet apologizing for the misinterpretation of the original post.

All NBA players are bound to embarrass themselves in their time playing basketball, so what makes Dirk Nowitzki any different from a LeBron James or Kobe Bryant? They’ve all seen their fair share of up and downs, but their owners never came down and bullied media companies to protect them at all costs.

Did Mark Cuban cross the line by going at Bleacher Report or was he in his own rights for standing up for his Hall of Fame player? Let us know what you think below and check out the messages from Mark Cuban. 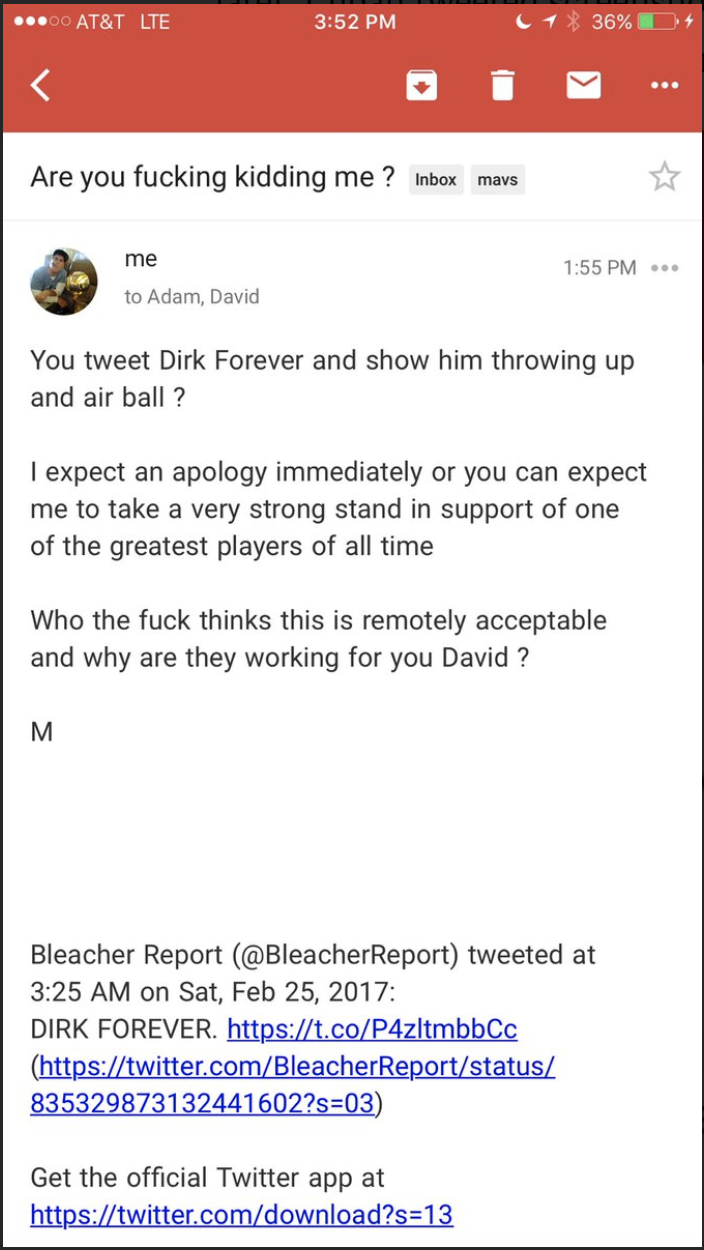 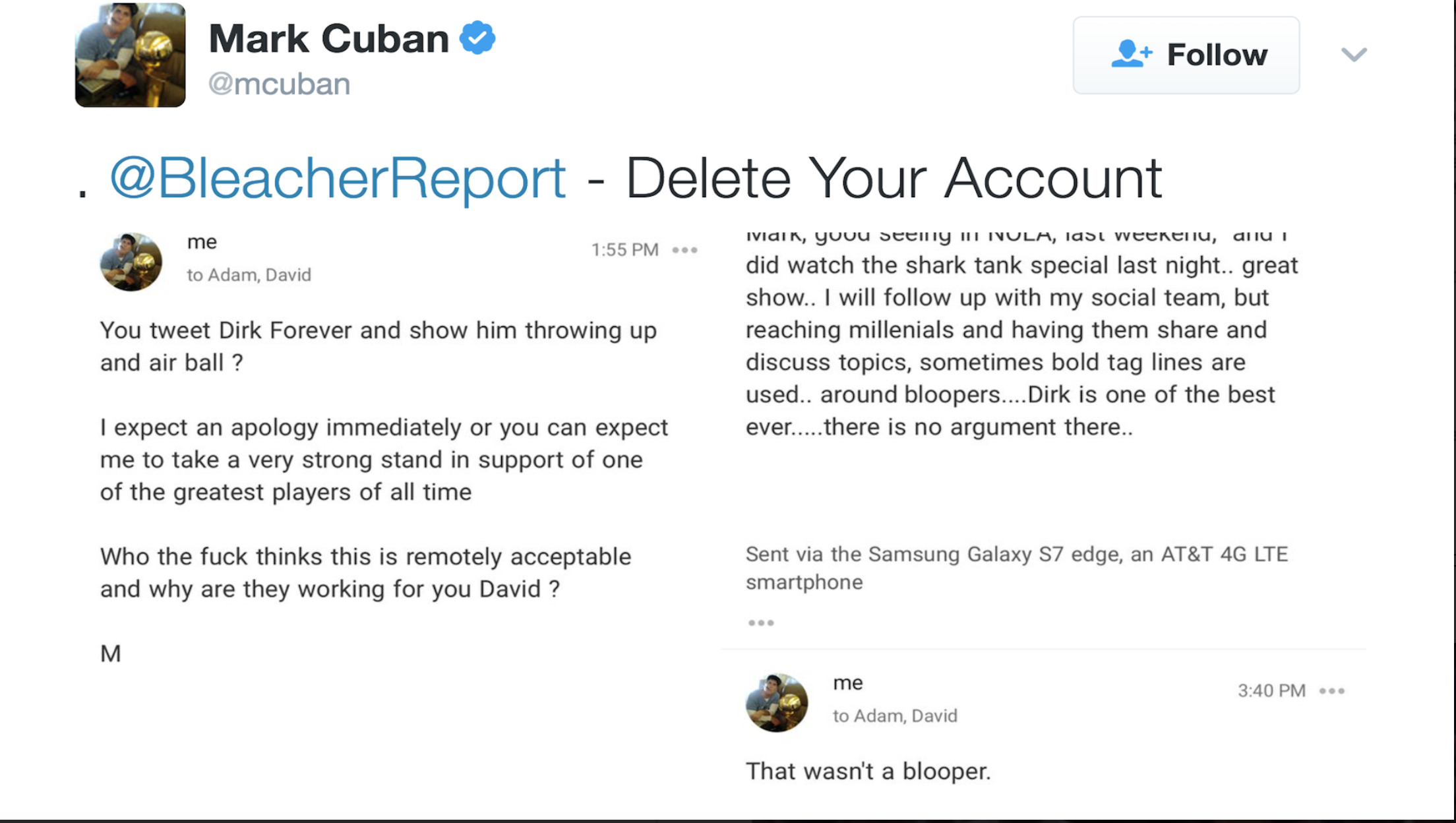